How To Identify The Passive Voice

I was stumped when I first started looking for the passive voice in my own writing. It’s easy to recognize when you see it, but it can be hard to find when you don’t, even if it’s staring you right in the face. These are a few short guidelines for identifying the passive voice.

The subject of a sentence is usually performing an action on another object. For example: the zombies are eating my brain. The zombies, the subject, are eating, the verb, my brain, the object. If you reverse it you get a passive voice sentence. My brain is being eaten by zombies is object, verb, subject. See above where I mention the phrase “by zombies”.

A sentence constructed with ‘to be’ followed with the past participle of a verb is a case of passive voice. For example: * The elves were chased by the ogre.

Passive Voice in The Vaccine Controversy

In this interview in 10-minute TechComm, Dr.Lauren Kolodziejski describes how Andrew Wakefield used the passive voice to imply that doctors made certain observations or conclusions when they were actually made by the parents.

Wakefield wrote this article in passive voice. Passive voice, which often appears in scientific writing, emphasizes results rather than the person completing the action (Halloran, 1984). However, Wakefield incorporated passive voice in problematic ways to present parent-supplied information regarding the children’s medical histories. For example, in the article, Wakefield wrote, ‘‘Onset of behavioural symptoms was associated, by the parents, with measles, mumps, and rubella vaccination in eight of the 12 children’’ (p. 637). Here, passive voice places the emphasis on the association between the MMR vaccine and the onset of behavioral symptoms. Wakefield deemphasized that parents assumed and reported this association, as opposed to medical experts observing it, by placing the statement within the larger sentence as a parenthetical phrase set off by commas. Wakefield relied on this phrasing twice in the article: once in the overview of the article’s findings on the front page and again in the results section (p. 638). Through passive-voice construction, Wakefield avoided making any explicit claims himself but still inserted the idea of a link between the MMR vaccine and autism. The use of passive voice in these statements also minimizes the fact that such a link has only been hypothesized by parents but not scientifically tested or proven. At another point in the article, Wakefield reported, ‘‘In these eight children, the average interval from exposure to first behavioral symptoms was 6.3 days (range 1–14)’’ (p. 638). Again, he used passive voice to focus on the ‘‘data,’’ but this statement proves even more problematic than the other construc- tions because no source is identified, even though, again, this information comes from parent recall. Stated in passive voice, these statements become imbued with scientific standing despite the lack of scientific evidence to corroborate the parent reports. These constructions maintain the standards of scientific publishing while creating an opening for interpreting the article as establishing a link between the MMR vaccine and autism.

The full published article is here. 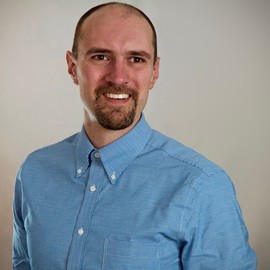